Discover the giant tortoises park of the Maritim Estate and observe these prehistoric animals, a curiosity that always wins a resounding success!

The Aldabra Giant Tortoise, from the islands of the Aldabra Atoll in the Seychelles, is one of the largest tortoises in the world. Aldabra tortoises are found both individually and in herds, which tend to gather mostly on open grasslands. They are most active in the mornings when they spend time browsing for food. They dig underground burrows or rest in swamps to keep cool during the heat of the day. While they are characteristically slow and cautious, they are capable of appreciable speed, especially when tempted with a threat.

The giant tortoises of Maritim consist of 1 female and 6 males named Dalida and Madonna, Pierre Poivre, Captain Descaen & Willoughby, Colonel Draper and Sir Robert Edward Hartse. They are fed with leaves, grass and fruit, live more than 100 years and weigh 150 (females) to 250 kilos (males). Breeding is taking place from February to May and the gestation period from of 98 - 200 days. The females can lay 4 to 14 eggs each. We have also 3 baby turtles coming from the 'Botanical Garden' named Maurits van Nassau, Paul and Virginie. 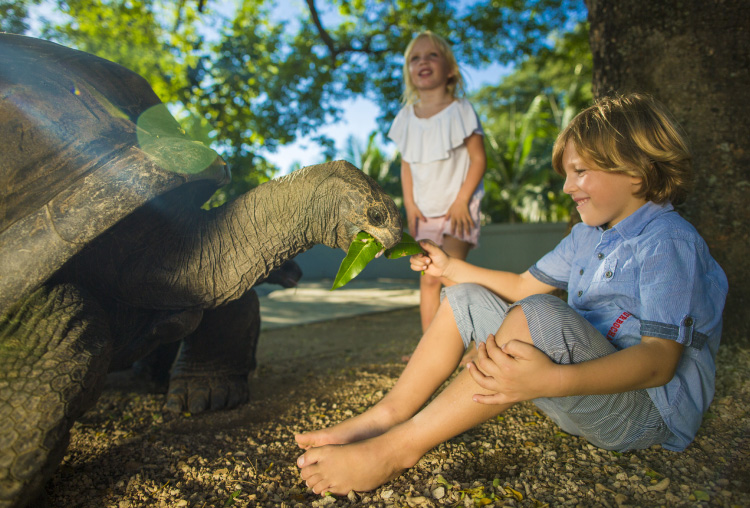 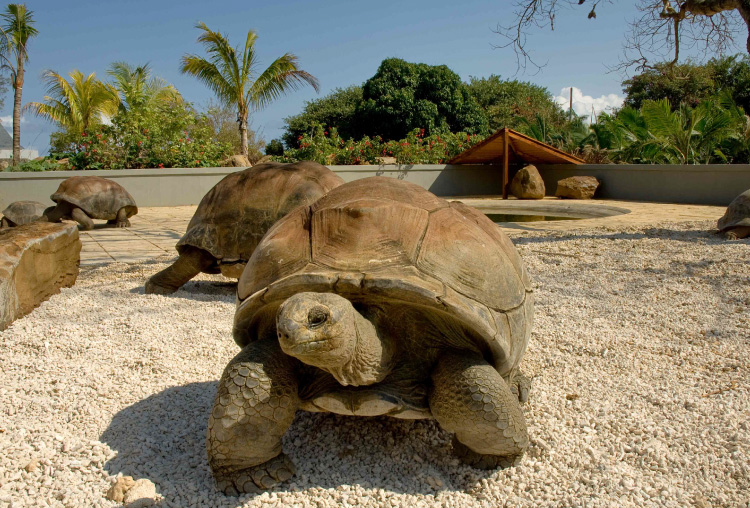 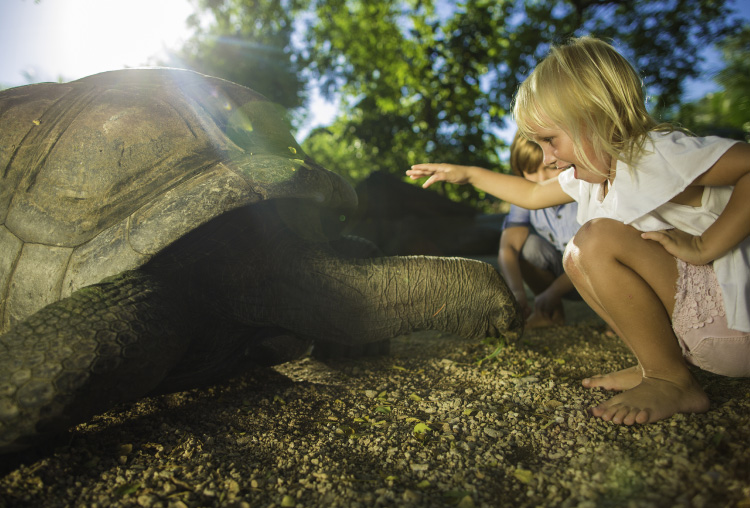